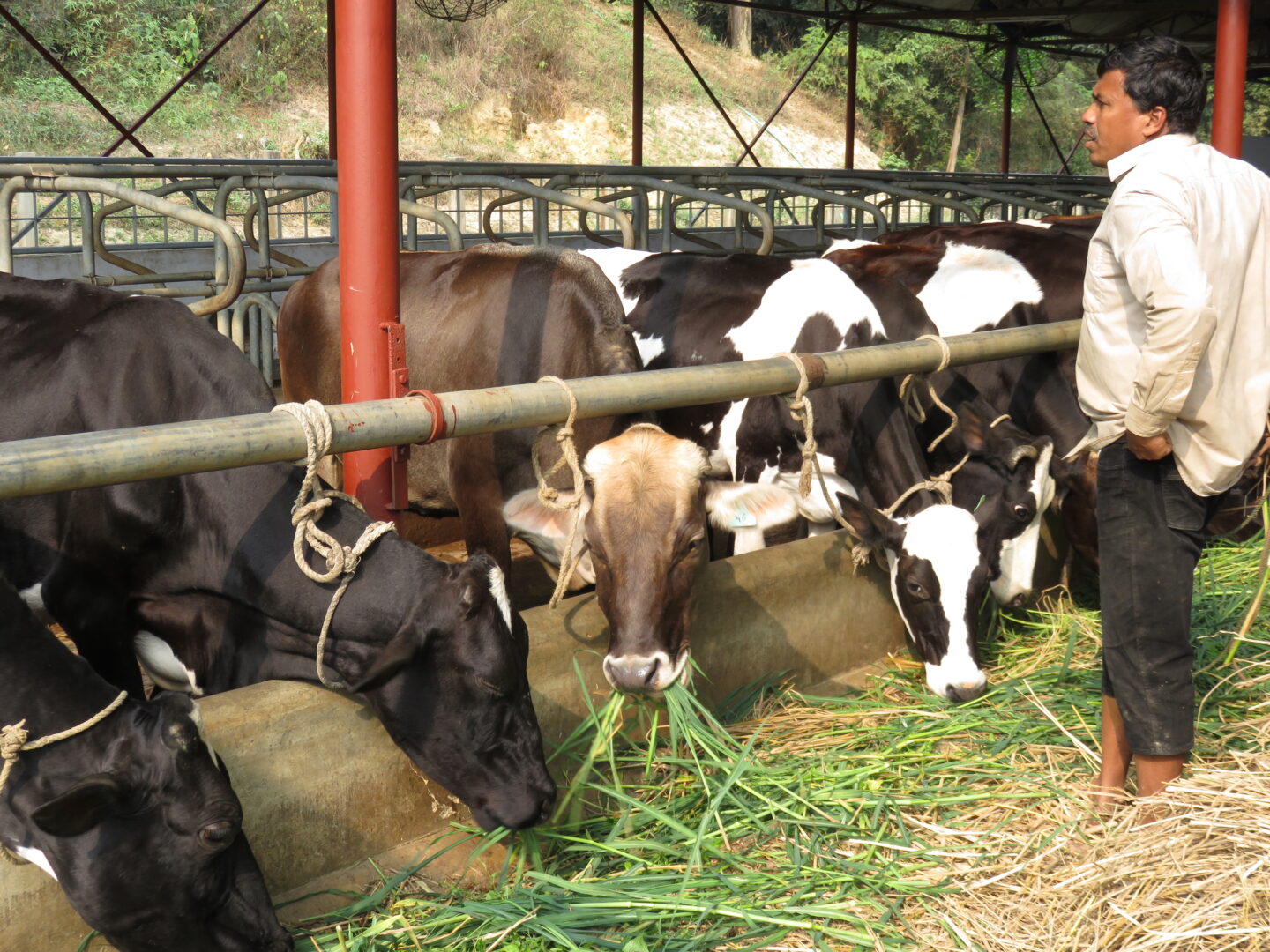 The farm started in 2009 after Youngone recognized the shortage for high quality pure milk for local residents. The intention of the farm is to cross breed local cows with Swiss cows to improve the milk quality and the lactation duration. The farm is under the guidance of Dr. Hans Jakob Leuenberger, the principal of the largest animal clinic in Switzerland and Dr. Tarek, the local in charge veterinarian. Setup according to international farming standards; the dairy farm has grown from five animals to 109. For the past 6 years, Swiss farmer Benjamin Pulver has been making regular visits to work and train the twenty-five local staff. Under their care, the milk performance has improved by 50%.

Youngone Corporation Ranked No.1 for Company with Highest Percentage of Donations in Korea.

According to CEO Score (CEO Park Ju Keun), a website that assesses corporate management performance, out of the top 500 companies in Korea, 22 daily essential companies donated an amount of 69 billion KRW as of December 21st. The revenue contribution rate to the sales amount was 0.188%. Compared to 2011, sales increased 28.2% (8.0773 trillion KRW) and the contribution rate increased by 78% (30.2 billion KRW), the donation percentage point rose by 0.053% points.

Meanwhile, Amore Pacific had a drastic increase in their contribution rate in the past year. Followed by Youngone with 0.186% points and TK Group with 0.095% points.

The ITMF Congress was held in San Francisco from October 9th to 12th.

A KOFOTI official stated, "Chairman Kihak Sung’s speech was requested by Schindler, the ITMF Secretary-General, in February." The official said "Today's announcement will be an opportunity to discuss the status of South Korea’s textile industry with the international community."

Youngone Corporation donated $100,000 worth of waterproof tents to Good Neighbors to support earthquake victims in Nepal.

The air shipment of aid and relief supplies took two days to arrive in Nepal and four days for Good Neighbors` emergency relief team to distribute the supplies to the residents in the Gorkha district, one of the closest districts to the epicenter of the recent 7.8 magnitude quake. In addition, Wonju Christian Hospital’s medical relief team will be dispatched in Nepal for four days to provide medical services for the residents in the Gorkha district.

Good Neighbors has also sent an emergency relief team of 110 people to the Gorkha district to help residents in need.